Ruahine Kayaks is proud to support a number of local athletes and races.

Dave is the co-owner of Beyond Fitness in Tauranga and a passionate multisporter. He has been a long time whitewater paddling buddy of mine and what we haven’t done on a river together isn’t worth talking about. In early 2016 he brought the sale of Ruahine Kayaks to my attention and has been instrumental with getting it back up and running. What better way to reward a mate than by giving him the fastest kayak in the fleet!

Dave competes in almost all of the local and national multisport races. He also runs a few of his own here in Tauranga. Keep an eye out for him on the water, and if you’re in need of a new personal trainer then give him a call…he’s damn good at what he does. 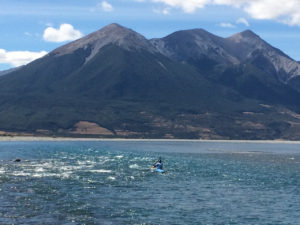 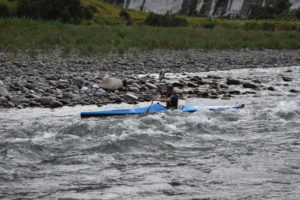 Carla Reid and the Coast to Coast 2017

“The Kathmandu Coast to Coast Academy has been designed to foster participation in the event for anyone from social and school teams to future stars. My PE teacher at Trident High School, Helen Dobbin, mentioned doing the Coast to Coast to me pretty randomly around the middle of last year, I said I thought that sounded cool and never thought anymore about it. My team mates and I with Helen put together the application for the Kathmandu academy.  It was a huge surprise to us when she announced that we had won. My team mates were jumping around the room and screaming with excitement.

Through Kayaking I’ve had the opportunity to compete at a national and Oceania level. I have had awesome experiences like paddling K4 with Lisa Carrington, Jamie Lovett and Rachel Dodwell (all NZ team members at the time) when I was 13 to win the Open Womens Oceania Champs. I’ve had the chance to be coached by some of the best coaches in New Zealand and meet lots of kayakers all through New Zealand. Along the way I’ve also collected a very nice collection of medals in age group competitions

I’m really looking forward to competing in the coast to coast. We’ve had some amazing support from the Coast to Coast and Kathmandu. Richard Ussher is awesomely helpful as the teams mentor. He has gone step by step through the course with us (not literally). Any questions we have he always is quick with an answer. He provides contacts to help every step of the way with anything that we need. Kathmandu has supplied an amazing package to help outfit us with compulsory gear lists and camping equipment. Our travel costs and accommodation is all paid for us and we have been put in touch with people who have generously supplied equipment for training and for the race. Tim Taylor has come on board and supplied me with a new Ruahine kayak a firebolt. The kayak is so nice to paddle, I can often be found on the Whakatane river paddling this boat. It feels stable and fast and I am really looking forward to paddling in the Coast 2 Coast on the Waimakariri River. Tim has also taken me down the Waioweka river in the Eastern Bay to test me for the grade 2 certificate.”

Tim’s note: Carla and her team went on to win their section of Coast to Coast. Not only that, Carla put down the 5th fastest womens time on the Waimak…an amazing achievement for a 17 year old! Congrats girls. 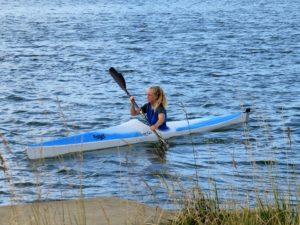 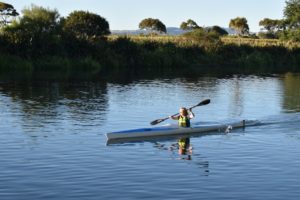